There is a whole lot more to do in India after taking in one of our Mountain Bike Kerala tours. After  25 years of travelling, working and living in India combined with a whole lot of adventuring from my wife and my team revealed to us just how much there is to see, do and just experience in India. With our travel partners over at Green Frog India we have hand-picked these tours  from a wealth of options. The tours can be added on to your trip either pre or post trip and we  can arrange flights, trains and make all arrangements for your travels within India. 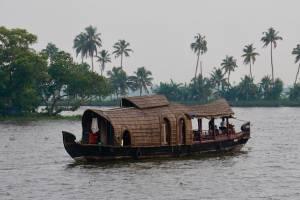 A highlight of any trip to Kerala is to cruise, explore and relax on the network of rivers, canals and lakes known as the Kerala backwaters. Watch the world go by from the deck of your luxury houseboat.

Day 1: Pick up and transfer to houseboat for mid-day. Welcome drinks followed by cruise with lunch and dinner taken on board. Overnight on the houseboat

Day 2: Breakfast on board and morning cruise. Short transfer to your waterside retreat.

Available all year round on request.

*Prices based on double/twin share/single occupancy price on request

No India trip is complete without a visit to the Taj Mahal and Rajasthan, the land of Kings. Our Golden Triangle India Tour is the classic north India experience taking in the unmissable wealth of Mughal and Rajput history in Delhi, Agra and Jaipur.

Soak in the atmosphere at the peerless Taj Mahal

Mingle with the crowds in the ancient bazaars of Old Delhi and eat real Mughlai food.